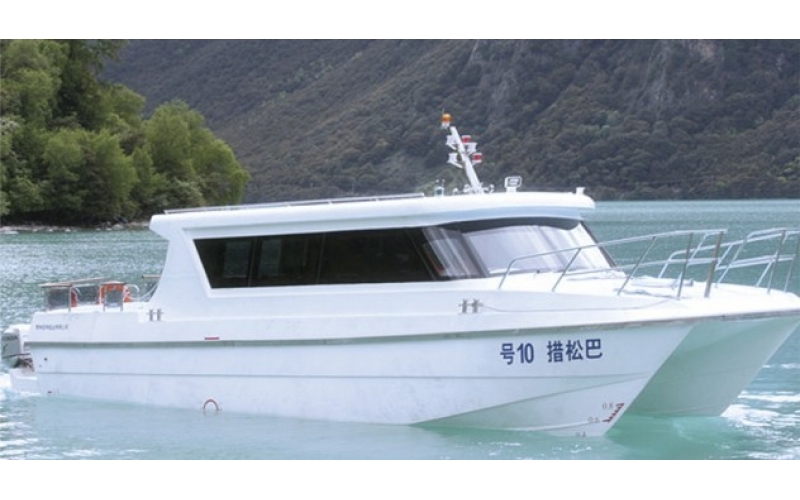 The small glass fiber reinforced plastic catamaran can be used for sightseeing and leisure yachts, high-speed speed boats, fishing boats, official patrol boats, etc. It can carry up to 25 people. It adopts gasoline and inboard hooks, and the speed is optional.

The 10.8-meter FRP catamaran can be used for sightseeing leisure boats, high-speed speed boats, fishing boats, official patrol boats, etc. It can carry up to 25 people. It uses gasoline and inboard hooks, and the speed is optional. The 10.8-meter professional small sea fishing boat follows the traditional white hull. Based on ergonomics and the characteristics of the hull, it is more comfortable and professional on the basis of safety, high speed and energy saving. The walking deck is relaxing and spacious, and the front part doubles as an anchoring area. The spacious fishing space is well-arranged, allowing anglers to have a 360-degree view of sport fishing, and they can also move to cast bait and fish with confidence on the swaying ocean, freely enjoying the gifts of the blue sea and blue sky. The sea fishing boat has an excellent power system, excellent seaworthiness, and maneuverability, allowing you to drive easily and enjoy the thrill of riding the wind and waves safely and comfortably.

YOUBANG BOAT Shipbuilding can customize boats of different materials, sizes and types. It is a professional boat manufacturer with more than 10 years of experience in shipbuilding. YOUBANG BOAT can handle the certification of CCS, ZC, ABS, BV, DNV, LR and other ship inspection agencies, and the boats are exported to many countries in Europe, Africa, the Middle East, Southeast Asia and other regions.

The English name of the catamaran is derived from the local Tamil language, meaning "parallel canoe". The catamaran design is a relatively new design, commonly used in sports and recreational boats. A typical design of a high-speed catamaran is composed of two elongated monohulls (referred to as monohulls). The upper part is connected by a deck bridge. The power plant and power station are installed in the body. The upper part of the deck bridge is equipped with a superstructure and a passenger cabin. , Living facilities, etc. As the high-speed catamaran divides a single hull into two slabs, each slab is longer and thinner, which reduces the wave-making resistance and enables it to have a higher speed. At present, its speed has generally reached 35-40 knots; The width of a catamaran is much larger than that of a monohull, and its stability is significantly better than that of a monohull, and it has the ability to withstand larger winds and waves. The catamaran not only has good maneuverability, but also has insignificant resistance peaks. Because of its large load capacity, it is widely used in military and civilian ships by countries all over the world. 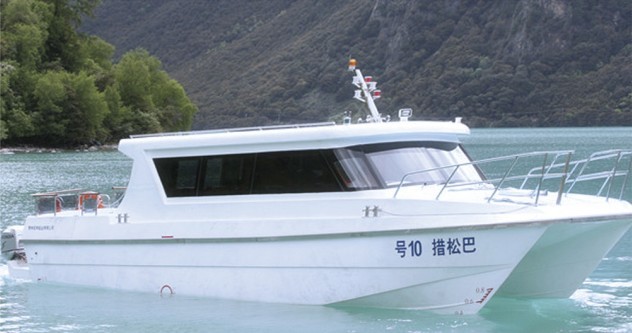